Initial conditions are stated, and then the particles set in motion - the root of generative art. My goal with this piece was to create an illustration that seemed to be from an earlier (or perhaps later?) time; not, at any rate, our current moment. The background is a very subtle gradient; then it is heavily stippled, and followed with a particle system to create more subtle texture. (Look for the very small "hairs" in the background; they are more obvious on the dark ones. They are a subset of the main particle system.)

Following that, the main particle system is run in real time; I like to "show my work" for generative pieces, as any collector of my previous mints knows, and this is no exception. "Run" your mint for an animated drawing experience. Note that fxpreview() hits a few frames before the end of the full run. I did it this way to ensure a consistent preview. As a result, the preview and the final image will be slightly different, only because the final image has a slightly longer lifespan.

There are multiple "special" modes, each with a 10% likelihood:

"spiral" will rotate the canvas as the particle system is running.
"chaos" uses random X/Y vectors during the acceleration phase, rather than X or Y.
"occasionals" adds random large particles in an opposing color.

In addition, there are three possible shapes:

Finally, there is a non-attribute feature, where the entire piece is drawn at a 45 degree angle. This has a 20% likelihood, but is only apparent on pieces that have no special, or the "occasional" special. Working the math out, you have a 16% likelihood for getting a piece at a noticeable 45 degree angle.

All main colors have an equal likelihood, but the light background is only 20%. 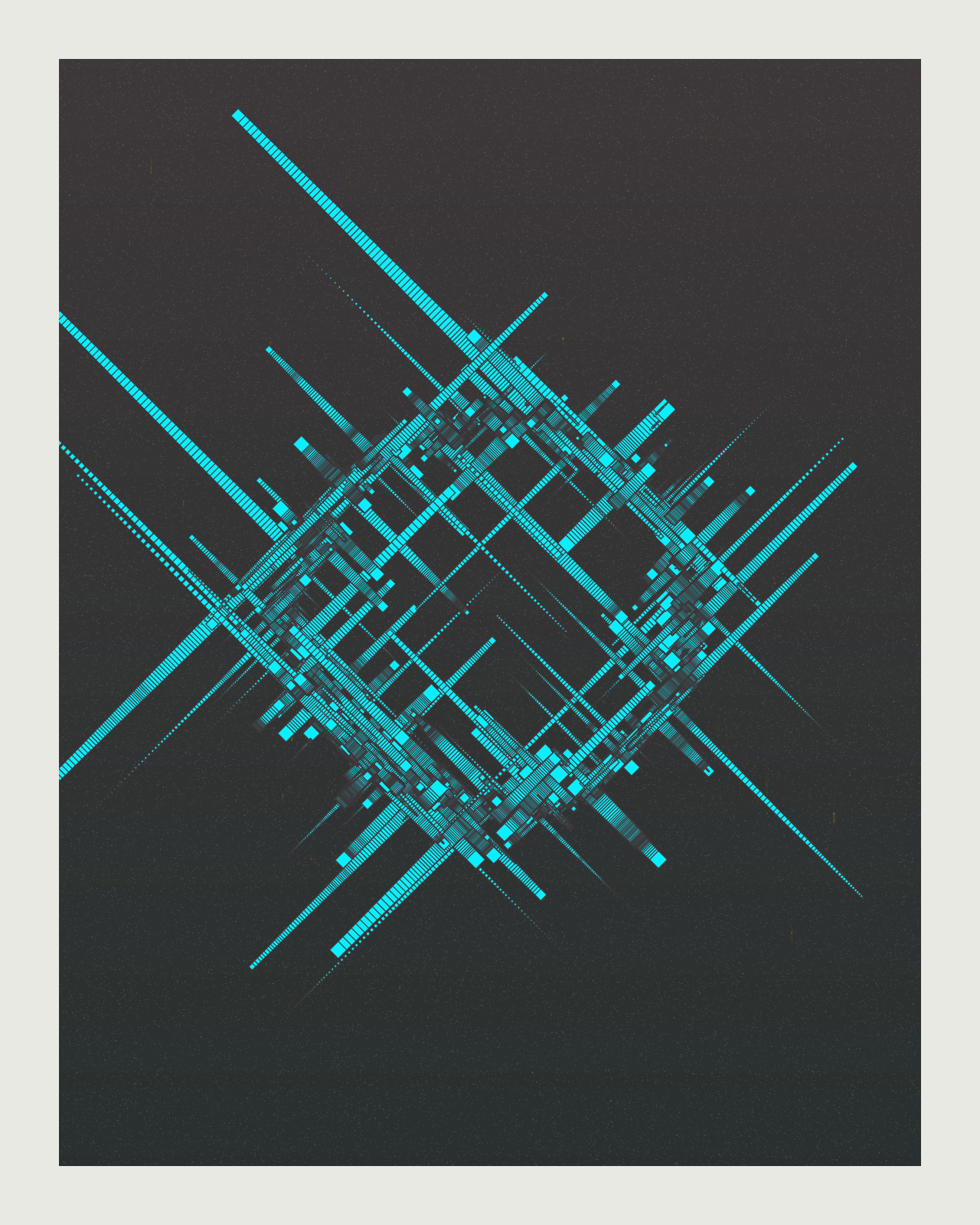 Artist disabled the exploration of variations after minting phase
open