Circus of Life is a playful take on my Clusters Algorithm, the basis for a 3D VR app developed in concert with the brilliant minds at Leap Motion. Clusters is like John Conway's "Game of Life", where just a few elegant rules in a toy universe generate endless complexity.

Here, we spawn twelve "species" of particles. Each species is variously attracted to or repulsed by the other species, giving rise to wandering colonies, invasive blobs, and oscillating particle storms.

For this new work, I collaborated with fellow algorithmic artist Canton Becker who sweated over the colors and genomes to expand its universe. Coded in just 46KB of vanilla javascript, each animation is minted with its own color palette, behavior, and mutations. Some special rarities have been seeded as well. Watch as microbial dramas play out and galaxies spawn. Will your circus be obscene or sublime? 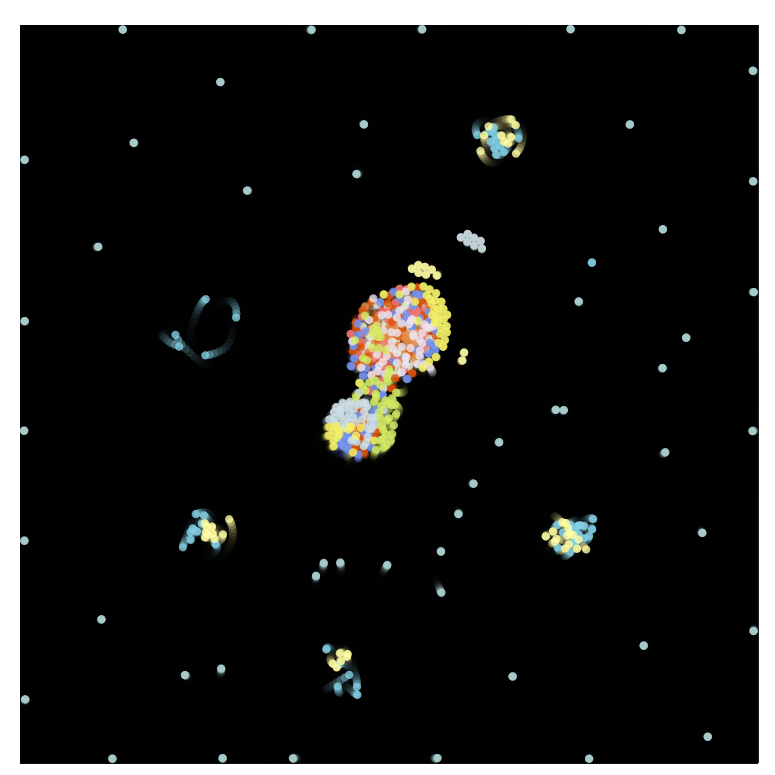 This token doesn't have variation settings, therefore exploration of variations is disabled
open