Published on September 28, 2022 at 09:04
Animated
Released on the occasion of the Tribute to Herbert W. Franke.
100% of the proceeds from primary sales are donated to the Foundation Herbert W. Franke.
https://www.tribute-hwf.com/

Undisputably, my mathematical background makes me naturally attracted to graphs, math functions, and transformations. I use math in ways that mathematicians could consider nonsense, but which produce fascinating aesthetic elements for creation (to paraphrase Herbert W. Franke). Combining scientific symbols and illustrations with fictional data produces pseudo-persuasive generative imagery that we can easily take to be absolute truth or in which we find meaningful patterns.
In the special issue of Leonardo, Visual Mathematics from 1992, Herbert W. Franke and Horst S. Helbig published the article Generative Mathematics: Mathematically Described and Calculated Visual Art.

They propose that “Through the use of [mathematical] formulas (software) we gain generative principles. Beyond formal descriptions, we obtain guides for the construction of images. For example, if we use a parametric representation of a curve, the result is similar to traditional methods of drawing and painting […]“ Additionally, mathematics removes frame limits and adds the possibilities for transitions, transformations, movement, and interaction by implementing simple changes to the defining parameters.

I’m also very fond of the analysis and comparison (mentioned there) of digitally generated images and Constructivist design. Limitations of the technology (in the 70s) allowed only simple line drawings, based on fixed proportions same as Constructivists did. “In a short time, all possible features were exhausted, so it became an obvious goal to try to extend them. This was done first by the use of random generators — a highly interesting expansion of design principles […]” Another expansion happened by adding curved shapes, first simple then complex that overcame possibilities of drawing with compasses and rulers. “[…] oscillating curves are easily obtained through mathematical formulas and computer-graphic systems. The results we achieve on this basis do not look like Constructivist presentations, but their rationality and precision derive from Constructivist principles. ”

Each mint contains both dark and light version, use D/N keys to switch between “day & night”.

Base shapes are circles or Lissajous curves modified by the noise function. Shapes are arranged in a grid or by a circle packing algorithm. Lines are drawn smoothly or in stripes. Around 20% of the mints have lines in only one color (black/white). 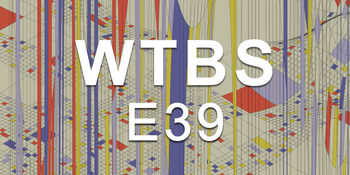 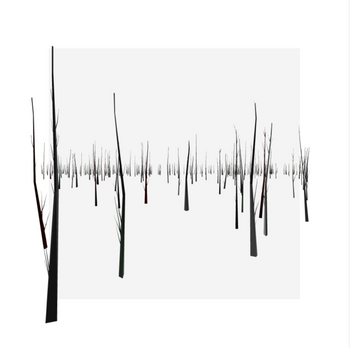