The preparations for the first mission began in 2142. It had become clear that mining petroleum on Earth would soon become financially unfeasible, so looking to other planets was the only logical choice. It took seventeen more years to perfect the technology so that the first colonists could reach Proxima b within the lifetime of one generation.

After 45 years of travelling at almost one-tenth of the speed of light, they reached their new home. It was rich in petrochemicals but scarce in the nutrients necessary for long term human survival. After merely six generations, humanity was forced to travel once again in search of a new world. The four missions that parted from the Proxima system to colonise other possibly habitable planets in the galaxy sparked a new age of human civilisation that would never see itself united and thriving again.

Eventually, all the colonies became independent societies as their differing interests drove them apart. Each small civilisation chose its path, wandering the void of space alone. Over time, millions of kilometres apart, each colony developed its own culture and traditions. While their habits and customs changed, some things remained the same across all the societies, like how it became a certain tradition to convert the outer world years and days to Earth time and celebrate holidays according to the calendar of the old world.

The new nomads learned from the first pilgrims. They used the technology once optimised for oil extraction to traverse other worlds, searching for sustenance. Peculiar wandering nonspaces emerged from the involuntary degrowth of human civilisation.

Click on the image to open the menu. You may choose the quality from preview to the resolution of a print of approximately 30cm in height. In live mode, click on PNG to save the rendered image.
Depending on the device and CPU usage, it takes from a few seconds (on fast computers) to a minute (sometimes more) on mid-tier phones to render the image. 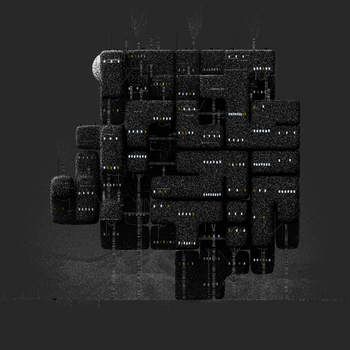 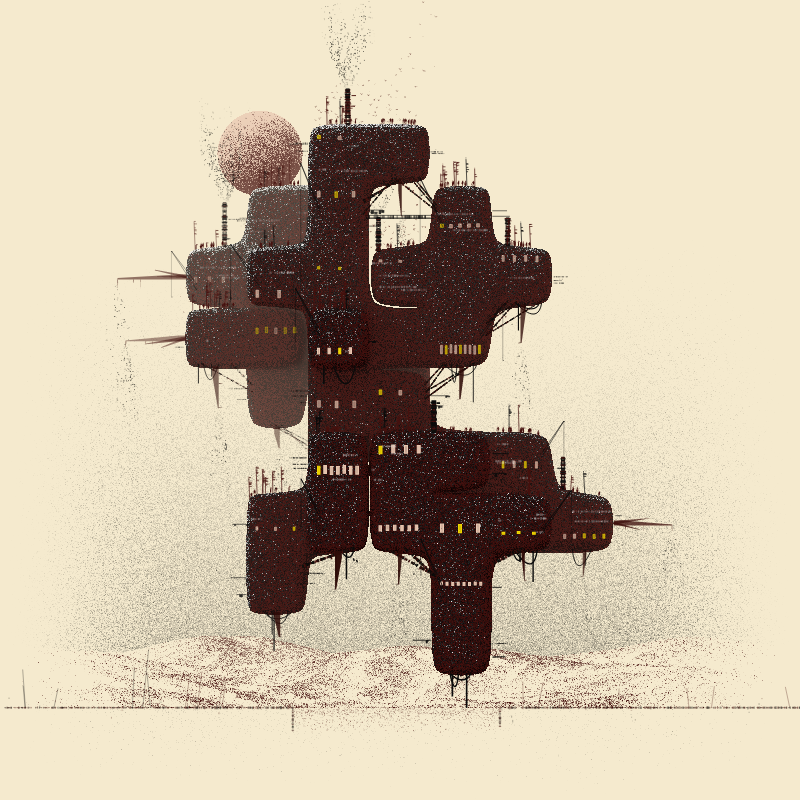