"estruturas.14" is my first project using the p5js library for generative art.

The aesthetic concept that I attempted to translate onto the canvas was the formation of interconnected points that form structures. fxrand is used to set the position, dot/dash size, movement pattern, and canvas position at random. This randomization is also reflected in the color palettes used.

The vibrating movement and the structure's movement were designed to give the impression of something alive. It's like a mechanism. We are connected to the structure by a combination of interactive movement, point connections, and vibration.

- To coordinate the movement of the "estruturas," press and drag the mouse left button;

- To coordinate movement and orb size, press and drag the scroll button.

- To return "estruturas" to its original position, press T; to stop the return movement, press P.

This code is licenced with CC BY-NC-SA 4.0 https://creativecommons.org/licenses/by-nc-sa/4.0/

Special thanks to everyone who assisted me in getting in touch with this new library and, as a result, with a new set of possibilities. 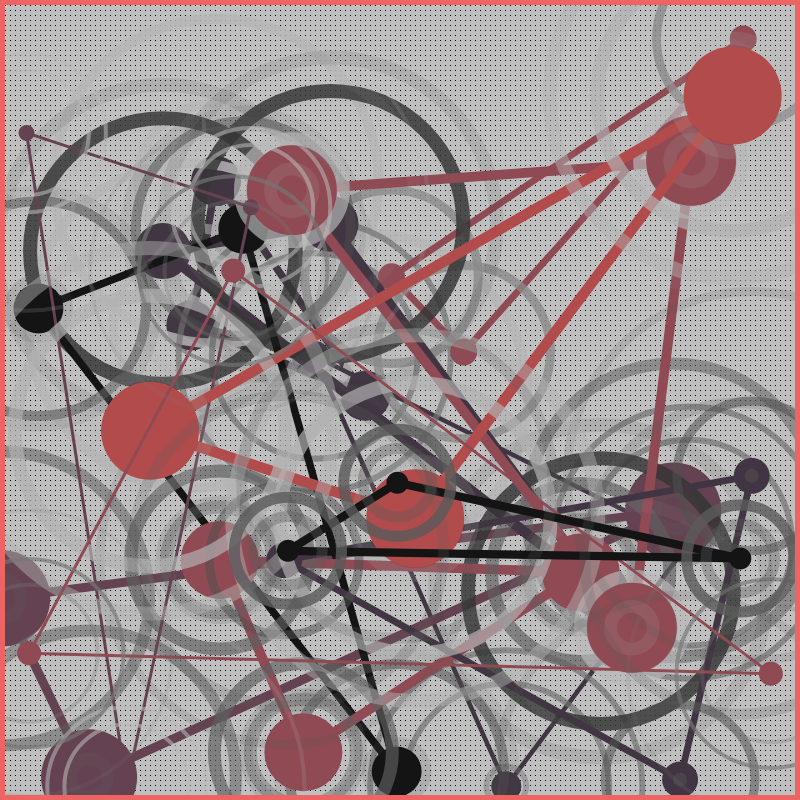