Published on April 17, 2022 at 20:31
Animated
Interactive
PFP
The xDeads are 11x11 pixel art collectible characters, generated algorithmically on-chain with proof of ownership stored on the Tezos blockchain. It’s one of the first collections of generative PFP’s based on Hydra, and implemented using p5 and createloop libraries.

There are a few functions for interacting with art: Press 'p' to download screen 1500x1500 (live mode) Press 'x' to download a 5 second gif (Live Mod) Click on screen to play/pause music and make art interact. ( it can take time )

What are those xDeads, afterall?

Everything starts when a company named xCorp, a bulwark on technology on the planet, began their evil plan in the name of profit: control human minds in order to alienate the population in whatever the corporation wants and needs. This alienation power was only possible by the possession of a rare, mysterious and mistic objkt: a pickle, that contains an absurd energy power that no one knows its origin.

In the past, the xCorporation concentrate its power and resources on I.A. and robot engineering - and this was their first mistake. The second one was to focus only on the alienation project, leaving all the robots on their own, who started to settle their own plan: to conquer the sacred objkt, the pickle, and use it to their own interests.

Eventually, the robots reach the supremacy of the world, leaving all the human kind, now dumb and disaffected, wandering like zombies. 100 years in this mess have passed when a mighty eclipses emerges on the sky, heralding the arrival of hungry aliens, atracted by the power of the pickle.

In fact, it was the aliens, back when the human race did not exist in the planet, who plant the seed of the pickle, hoping to get back when the objkt reach its final form. It was the pickle power in the earth who give the humans consciousness, and only this objkt can make them go back to their normal state.

The whole earth is now a battlefield: aliens, robots and zombies struggling to have the possession of the artifact in order to keep their survival.

xDeads Features: The xDeads world is subdivided in three Classes: Robots, Zombies, Aliens. All of them include the Emission gas: Tezonium, Carbon and Lead. The classes are, as well, overwelmed by alignment: Lawful Neutral, True Neutral, Chaotic Neutral. Lawful Good, Neutral Good, Chaotic Good. Lawful Evil, Neutral Evil, Chaotic Evil. The xDeads have Background features too: Gray, White, Red, Orange, Yellow, Green, Blue, Purple, Black. And the last feature is an important one, the Ki, wich represents the power of each xDead(in rarity order): in Robots, in Zombies, in the Aliens

..and one more thing

All the xDeads come with a modular music and a reaction system that moves with the frequencies of the amplifier embedded to the NFT: a music that tells part of the history, and how your xDead connect with the chaotic world it had born. All of the tracks were composed by dead_marcelo on Vcvrack, a eurorack synthesizer.

The perception of the pixel in xDeads philosophy

As Professor Herbert W. Frank once said, it is well known nowadays that the brain and the sensory organs function on a physical basis and that perception itself is above all a kind of data processing. We are all the time learning and regurgitating the information we received. But the thing doesn’t stop right there. The human brain have multiples steps in processing information, variating since memories till fully conscious analysis.

In the pixels world – more specifically in the xDeads world – the perception of the nature of each creature is no different. What is a pixel if not a squared extension of what we see everyday? When you see pixels on a screen you are looking at molecules or atoms that are emitting or transmitting light. Light itself does not consist of molecules. 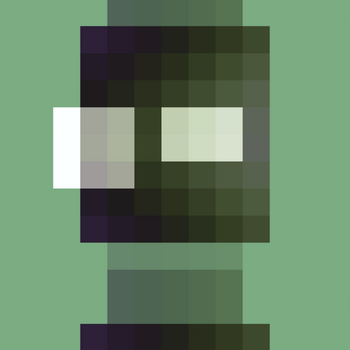